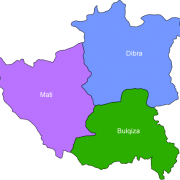 COMMENTS ABOUT THE DRAFT: “PLAN OF ACTION 2010 – 2015 ON THE NATIONAL STRATEGY FOR CHILDREN“

The Observatory office of Children’s Rights – Shkoder has organized roundtable discussions with local actor’s to inform them about the Draft – “Plan of Action 2011 – 2015 on the National Strategy for Children” formulated by MOLSAEO ( Ministry of Labor, Social Affairs and Equal Opportunities). Moreover the Observatory has taken into account the actor’s opinion regarding this draft. Some of the Local Institutions that participated in the discussion about the plan of action were:  RSSD ( Regional Social Services Directorate ) – Diber, Prefecture of Diber, ‘’ Voice 16+’’ – Diber, Protection Unit of Children’s Rights – Diber, World Vision, Partner for Children’s and the Observatory for Children’s Rights. The Institutions expressed their opinion about some possible improvements in the Draft–Plan of Action: